Its recipe includes both elements of cattle breeding culture – butter, milk, and the ingredients of sedentary farming – various cereals. Therefore the appearance of the dish is tied to the junction of two civilizations – steppe and sedentary.


Pancakes may have been the first flour products and go back to prehistoric times. All the peoples of Eurasia, who use flour in cooking, have varieties of them: Slavic, Turkic, Finno-Ugric peoples.

From the Bashkir word koyow – «to pour»

The etymology of the Bashkir word «koimak» goes back to the root koyow – «to pour», which is associated with the cooking process when liquid dough is poured into a hot frying pan. There are other ways of cooking flour dishes – they are called differently. For example, when the dough is cooked in a stove or in ashes it is called «kyolse ikmek» – «bread on ashes» or simply «kyolse».

Koimak is probably one of the first dishes that nomadic peoples began to cook during the transition to a sedentary lifestyle. The Soviet philologist, historian of antiquity Solomon Yakovlevich Lur'e expressed a version that the Bashkirs, who baked cakes from the juice of the fruit of the pontik tree, which is called «askhi», are also mentioned in the «Histories» of the ancient Greek scientist Herodotus.

«The Bashkirs have had cereals in their diet for a long time. Bashkirs, as it is known, have been a pastoral people since ancient times. At the same time their farming skills as an auxiliary occupation are quite old», –

Ivan Lepyokhin,
head of the second Orenburg expedition in XVIII century.
Pancakes of fabulous taste
Modern ethnographer Svetlana Nikolayevna Shitova believes that the first pancakes of the ancient Bashkirs were made from the most common type of cereals many centuries ago – millet. Millet grains were discovered during excavations on the territory of Bashkortostan, and the recipe for pancakes made from millet flour has been preserved in Bashkir folklore.

In the Bashkir folk tale «Yomro-yomro yomgagym» («Where did my ball of wool roll away?»), also known as «Stepdaughter», an old woman ordered two sisters, who had come to her house, to bake pancakes from millet.

The fairy tale also notes the complexity of the baking process: a negligent sister makes pancakes in a hurry with flour poorly mixed in milk and not on a hot frying pan, and a hardworking one diligently breaks lumps and achieves uniformity, the frying pan is red-hot, that's why she makes delicious pancakes.
KOIMAK AS A GOOD TRADITION
Eid al-Adha (literally: «Feast of the Sacrifice», holiday that honors the willingness of prophet Ibrahim (Abraham) to sacrifice his son Ishmael as an act of obedience to God's command) and Eid al-Fitr (the end of the month-long fasting of Ramadan), iftar (evening meal with which Muslims end their daily
Ramadan fast at sunset), reading the Koran – no festive feast is complete without pancakes. Bashkir pancakes – koimak – are attractive for their simplicity and nutritional value. Therefore they are a frequent guest both at the festive table and on an ordinary weekday.

Women and children celebrate spring with pancakes and hearty porridge during the national holiday Kargatui, when they come out to the first thawed patches to rejoice at the coming of spring. The remains of the treat are scattered on the surrounding trees, stumps and boulders. Birds that returned from wintering are treated with these gifts, and the belief claims that these are fallen warriors, having turned into birds, rejoice together with their relatives at the coming of warm days.
To mother-in-law for pancakes?
In the old days the Bashkir mother-in-law baked pancakes for her son-in-law immediately after the wedding.


The daughter-in-law together with new relatives from her husband's side bakes pancakes in the morning and treats the wedding guests. The treat is called «keyeu koimagy» – pancakes baked in honor of the groom. 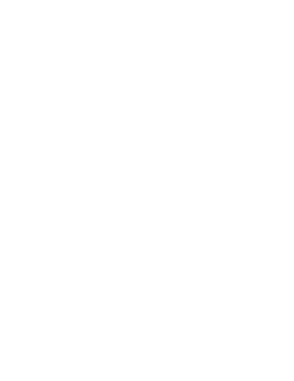 Khayat Ishimbayeva
journalist, activist of the society «Aginei» of the city of Ishimbai
Koimak (Pancakes)
The frying pan is hot, on it
Pancake smiles like the sun.
Thinner than paper – you can see through it.
Our daughter pleases with pancakes today.
With warm milk and butter,
Eggs and salt are added into the dough moderately.
The smell of freshly baked pancakes
Calls «Please to the table!».

ese koimak – pancakes on hops or on yeast;

﻿Pancakes are baked from wheat flour of coarse grinding. Being cooked using milk or fermented milk products, Bashkir pancakes have distinctive feature – they are abundantly greased with butter.

For 4 servings: 300 g wheat flour, 2 eggs, 3⁄4 cup of milk, 1⁄2 cup of water, 1 teaspoon of butter (into the dough), 1 1⁄2 tablespoon of fat (vegetable oil), salt to taste.
Syosyo koimak – unleavened pancakes
Recipe for unleavened pancakes from Zulfida Mullagaliyeva
Ese koimak – pancakes on hops
The fermentation starter is mixed with a liter of warm milk, salt and sugar to taste, two cups of semolina, two cups of flour are added. Carefully whipping the mixture, put it in a warm place for two hours.

Add another 1⁄2 liters of hot milk and 2–3 eggs and put in the heat for another half hour.

A special ingredient of ese koimak is a fermentation starter on hops, which was used by housewives almost to the present.

Ingredients: 1⁄2 liters of water, 3 tablespoons of hops, 1 teaspoon of honey or sugar, flour.

Bring the water to a boil, add the hops and boil for 15 minutes over low heat. Strain, cool to 40 degrees, then add honey or sugar, stir. Add flour, bringing to a state of thick sour cream, cover with a lid and put in a warm place for a day.

The fermentation starter should increase 2–3 times.
The ancient Bashkir customs of honoring the fruits of animal husbandry include the cooking of pancakes from colostrum. In the southeast of Bashkortostan and in the Belaya River basin relatives and neighbors were invited to a treat – it was considered unforgivable to ignore this ancient custom.

Cows produce colostrum only in the first few days after calving, and at this time it is critically important for the calf as it is the only product suitable for a newborn organism.

It differs significantly from milk both in composition and in appearance: it is more fatty, viscous and thick, has a yellow tint, and it is also distinguished by a salty taste and smell.

A newborn calf can drink only up to a third of the colostrum produced – therefore the use of this product for pancakes does not harm the baby's health.
Have a good breakfast!

The cooking will take half an hour

Divide the chicken egg into components – yolk and white. Transfer the yolk to a bowl, add the desired portion of sugar to it. Intensively grind the ingredients with either a fork or a blender.
Pour warm water into the mixture.
Then add a tablespoon of melted butter. Mix all the ingredients again.
Pour the sifted flour into a bowl and add a pinch of salt.
Mix all the ingredients thoroughly.
The remaining egg white is whipped, gently injected into the pancake batter and mixed again. The dough for Bashkir pancakes is done.
Grease the pan with fat (vegetable oil is possible). Spread the dough on a frying pan with a tablespoon in the form of pancakes. Browned pancakes are turned over to the other side.
Subtle and delicious pancakes are done. Enjoy your meal!
Pancake ditties


We invited guests
To our celebration.
We baked pancakes
For their arrival.


Some pancakes are unleavened,
Another – on the base of starter with hops.
Some are fluffy as cotton wool,
Another look like lace.


Serving pancakes on the table
Is an old tradition.
When you eat with everyone together,
Then pancakes are even tastier.


After the birth of the child
Guests also came with pancakes.
They wished the family to be happy
And live in harmony.


When someone unexpectedly came to visit
He was also greeted with pancakes.
While the tea was making,
Pancakes were quickly baked.


Serving pancakes on the table
Is an old tradition.
When you eat with everyone together,
Then pancakes are even tastier.


Pancakes greased with butter
The most important food on the table.
This is such a food
Which is passed down from generation to generation.