Bashkir folk epic associated with the cult of animals. The plot is based on the motif of the girl's abduction.

When and by whom was the epic recorded?
For the first time the plot of the epic was published by Russian academician I. I. Lepyokhin (1740–1802) in the work «Prodolzhenie dnevnykh zapisok puteshestviya akademika i meditsiny doktora Ivana Lepyokhina po raznym provintsiyam Rossiyskogo gosudarstva v 1770 godu» («Continuation of the daily notes of the journey of academician and Doctor of Medicine Ivan Lepyokhin in different provinces of the Russian state in 1770»).


In 1770, while traveling in Russia, he stayed in Bashkir villages and left a description of the life of the Bashkir people. 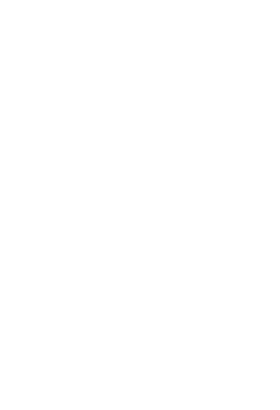 Title page of the book by I. I. Lepyokhin

An old man at the age of 60 was considered the best singer at that time, which, frankly, we listened to with some pleasure… The singer sang not only about memorable events of their lives; but with his voice and body movements he expressed all their actions, how they admonished their comrades, how they entered into battle, how they defeated opponents, how, being wounded, they weakened and finally gave up the ghost. All this was so vividly expressed by the old man that many of the interlocutors cried.

But suddenly the sadness changed to joy as the old man, having assumed a cheerful look, began to sing a song called “Kara-yurga" (“Black ambler"). This song is considered the most cheerful among them. The old man, singing this song, tapped his feet three times: and then the Bashkir ball opened… 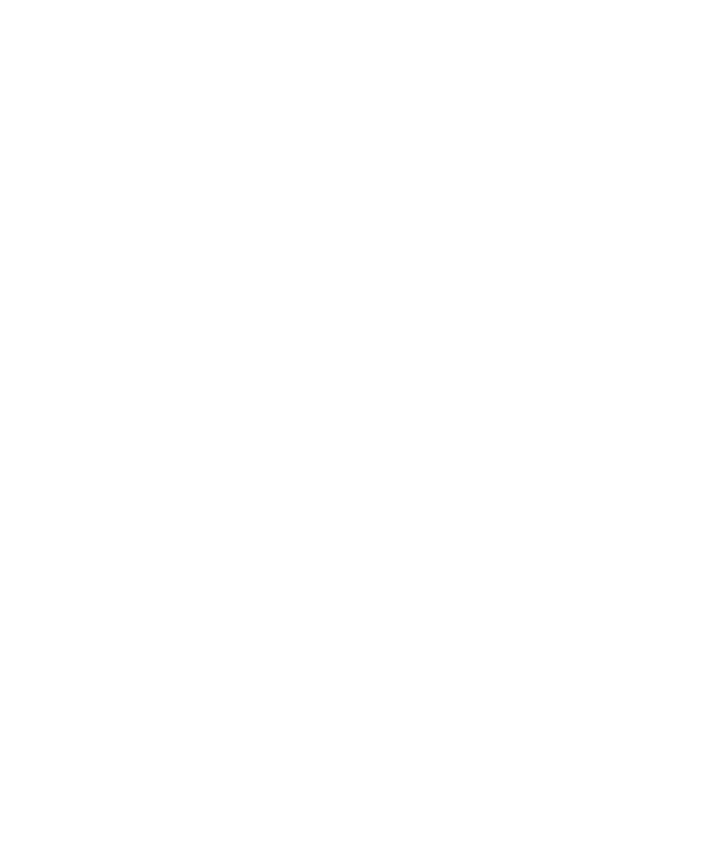 A. N. Kireyev notes: as the poetic parts of the irteks (an epic works in which prose alternates with poetry) were performed songfully, it is likely that this epic work could have been perceived by I. Lepyokhin as a song, or he happened to hear just this small passage, which subsequently entered the song repertoire of the Bashkir people.

Most importantly, the mention of I. I. Lepyokhin testifies to the popularity of this plot among the people.

In 1894 the short story, the melody of «Kara-yurga» song were recorded by musicologist S. G. Rybakov (1867–1921) in Baimaksky district from kurai player Birgali, in the settlement at the Kananikolsky plant – from Ivan Lukmanov, then these materials were published in his monograph «Muzyka i pesni ural'skikh musul'man s ocherkom ikh byta» («Music and songs of the Ural Muslims with an essay of their life»).


S. G. Rybakov primarily was interested in the musical material related to the plot of «Kara-yurga». But he also widely presented the legends accompanying the song in his collection. 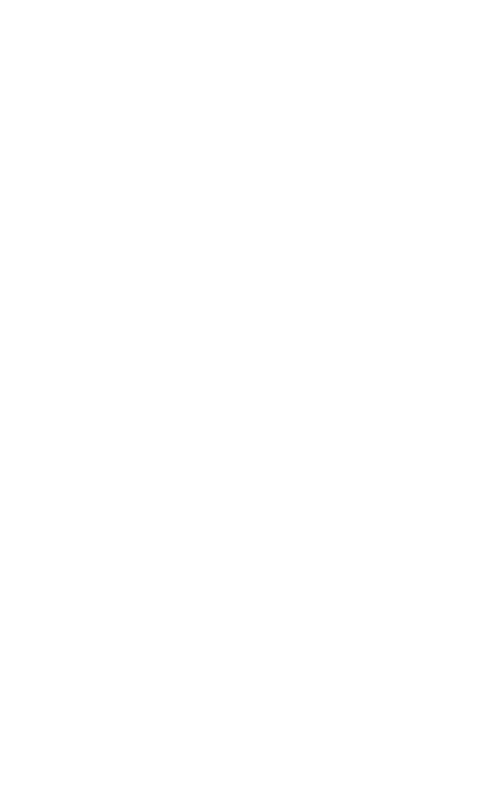 Title page of the book by

In 1909 the plot of the song «Kara-yurga» which formed the basis of the song was published by the Bashkir writer Ziya Ibragimovich Ummati (1885–1943) in his book «Bashkort-tipterlerenen zhyr, beyetlere» («Songs, bayits of Bashkirs, Teptyars»). Information about informants is not specified. 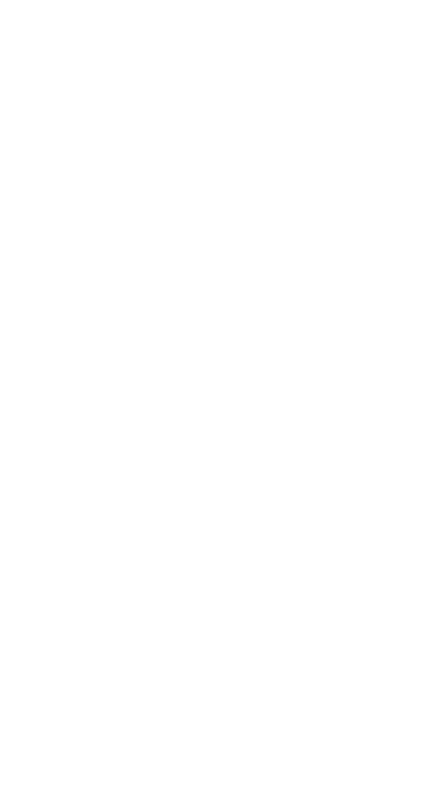 
It was included in the collection «Drevnie bashkirskie pesni i kubairy» («Ancient Bashkir songs and kubairs») compiled in 1939–1940 by M. A. Burangulov. It was first published in Bashkir in 1972 in the collection «Bashkirskoe narodnoe tvorchestvo» («Bashkir folk art»), in translation into Russian it was published in 1977 in the book «Bashkirskiy narodnyi epos» («Bashkir folk epics»). 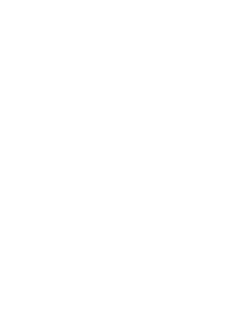 In 1928 composer I. V. Saltykov recorded one of the versions of the epic and included it in his manuscript «Istoriya i analiz bashkirskikh pesen» («History and analysis of Bashkir songs») written in Russian language.

It was published in 1974 in the collection «Materialy i issledovaniya po fol'kloru Bashkirii i Urala» («Materials and research on the folklore of Bashkiria and the Urals»). 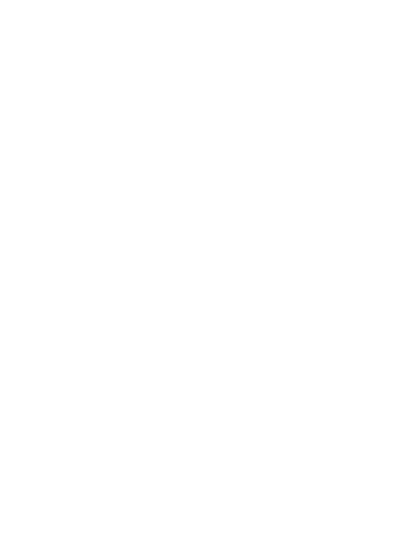 In 1943 the song «Kara-yurga» with a legend was recorded by the kurai player and singer G. Z. Suleimanov from a resident of the village of Temyasovo in Baimaksky district of Bashkortostan by the surname of Bikberdin. It was first published in 1954 in the collection «Bashkirskoe narodnoe tvorchestvo» («Bashkir folk art»), as well as in the collection «Bashkirskie narodnye pesni» («Bashkir folk songs») in Bashkir language.

In 1960 a version of the epic was recorded by A. N. Kireyev (Kirey Mergen) in the village of Kayapkulovo in Alexandrovsky district of the Orenburg oblast from sesen Usman Saitov (born in 1898). It was first published in Bashkir language in 1972 in the collection «Bashkirskoe narodnoe tvorchestvo» («Bashkir folk art»).


In 1960 another version of the epic was recorded by A. N. Kireyev in the village of Kutuchevo in Alexandrovsky district of the Orenburg oblast from Rakhilya Telyakayeva (born in 1897). It was first published in Bashkir language in 1998 in the collection «Bashkirskoe narodnoe tvorchestvo» («Bashkir folk art»). 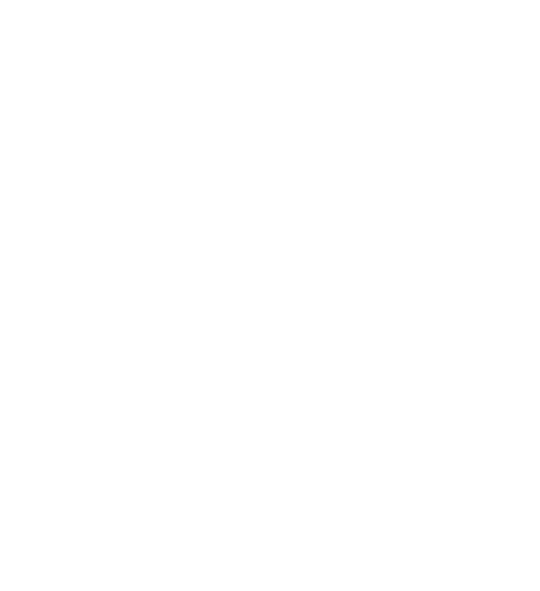 Thus, in the XVIII–XX centuries the plot of the epic «Kara-yurga» was published in many works. But in the above sources it is considered as a plot, a legend of the Bashkir folk song. In the book by A. N. Kireyev «Bashkort khalkynyn epik komartkylary» («Epic monuments of the Bashkir people») «Kara-yurga» is considered as an epic, in subsequent years scientists begin to study this work in the context of this genre.

Summary of the epic
The main storyline of the epic is the abduction of a girl (Maktymkhylu, in most variants the girl's name is not called) at the request of the epic hero (Baiuly, the son of Kushlak; Ablai) by his horse – Kara-yurga. In almost all versions of the epic it is the horse that kidnaps the girl. In S. G. Rybakov's version the girl herself escapes from the house riding on Kara-yurga. In some variants the horse goes after the girl to another nomads' camp, waiting for her there, then kidnaps her and brings to Baiuly (Ablai).


A long time ago, the legend says, in the valleys of the Sakmar River there lived a hunter Kusyarbai with his son Ablai. Their only mare foaled. Ablai took care of the foal from the first days. Years passed by. Ablai became famous for his handsomeness, accuracy in archery, and the foal became a tulpar (a winged (or flying) horse in Turkic mythology) – ambler Kara-yurga. One day Ablai got on Kara-yurga, went out to inspect the lands and waters and found himself in the nomads' camp of Masim-khan. When he saw the beautiful Maktymkhylu, the daughter of Masim-khan, he fell in love, but knowing that he had nothing to pay kalym (bride price), he did not tell the girl about his feelings.


In each version of the epic the horse appears as an active acting force, as an assistant to the hero. It is Kara-yurga who brings Maktymkhylu to Ablai. Despite the slight differences this detail of the plot is steadily repeated in all versions of the legend. Ablai glorifies his horse*:

Into your shaggy mane, my ambler,

Put down the beauty that sits astride you

On the ground, my ambler,

Put her down on the ground, my ambler!».


In the epic there are different versions of the song of the dzhigit («skillful and brave equestrian», «young guy» in translation from the Turkic languages): he turns to his horse when he asks to kidnap a girl or glorifies the ambler so that the horse puts his beloved on the ground. 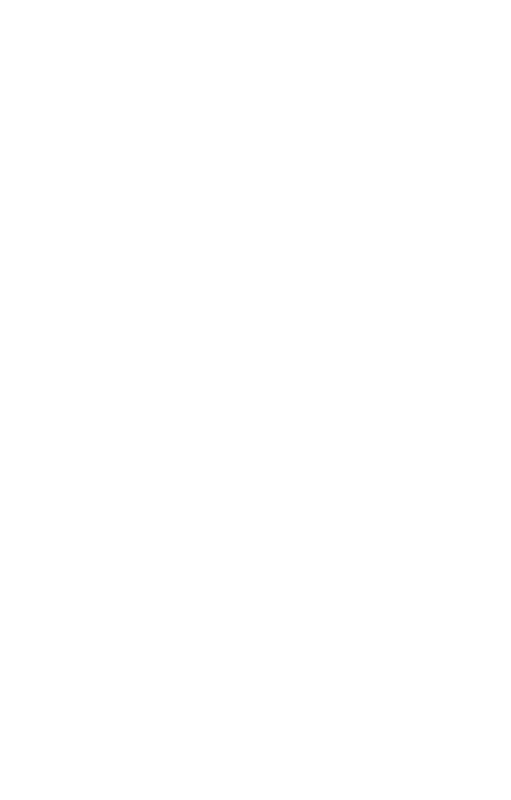 After a while Masim-khan surrounds Ablai's jailau (summer camp of nomads). Masim-khan points an arrow at his daughter saying that she has disgraced him. Maktymkhylu replies that it was not Ablai, who kidnapped her, but the horse: «If a hand rises, shoot not me, but the horse».

Masim-khan does not believe her, he wants to make sure of it. Kara-yurga with Maktymkhylu reached the Sakmar River, but did not cross to the other bank, then the horse brought girl back to jailau. After that Masim-khan agreed to the marriage of his daughter...

The epic «Kara-yurga» in scientific works

Various aspects of the epic «Kara-yurga» are studied in the scientific works of A. N. Kireyev, S. A. Galin, M. M. Sagitov. Scientists consider the evolution of the Bashkir epic, its historical and mythological foundations, note the reflection in the epic work of the custom of exogamy in folk rituals.

“
In the Usman Saitov's version Kushlak-batyr falls asleep while hunting. This detail, predicting the big changes that must occur in the further activities of the epic hero, suggests that primitive hunting is becoming obsolete, ceases to be a way of obtaining means of subsistence. And so it turned out: a traveler comes, takes a hunting bird from him (the main tool of the hunter). The hero gets cattle instead of bird, that is, speaking plainly, primitive hunting is replaced by cattle breeding»,
– A. N. Kireyev notes the meaning of this motif.
M. M. Sagitov in the monograph «Borongo bashkort kobayirzary» («Ancient Bashkir kubairs») notes that in the description of the episodes of the conflict between the hero and the horse one can see the evolution of the attitude of the Bashkir people to domestic cattle.


«The conflict is based on contradictions between the ancient beliefs of deification of animals and relations that took shape in a later period (when cattle begin to be considered as a source of wealth). People, who deified animals, could not immediately accept a new attitude to animals in modern economic conditions, resisted them. This resistance is reflected in the work».

«...the reason for the abduction of the girl is explained by economic motifs – the lack of an opportunity for the epic hero to pay kalym. This prompted Ablai to organize a very peculiar abduction of a girl and arrange a wedding…

The fact that the basis of the plot of this legend is the problem of finding a bride and creating a family is confirmed by a number of other points. Masim-khan, having made sure that there would be no return of his daughter to his native home, turned to Ablai with the question: would he be able to keep the fire burning? It seems that the image of fire in the hearth as a necessary attribute of family life in the legend did not appear by chance.


The legend says that Ablai showed the audience his skill. He surprised everyone in horse racing, wrestling, archery, his kurai playing, singing songs. In other words, the epic hero showed not only the seriousness of his intentions in creating a family, but also the ability to support it...»

In 1998 the performance «Chernyi inokhodets» («Black ambler») was staged on the stage of the Russian Drama Theater based on the play by Gazim Shafikov. The production director is Mikhail Rabinovich, the production designer is Alla Kozhenkova, the choreographer is Alexander Pepelyayev.

In 2004 the performance took first place following the results of the review of folklore performances in Yoshkar-Ola. 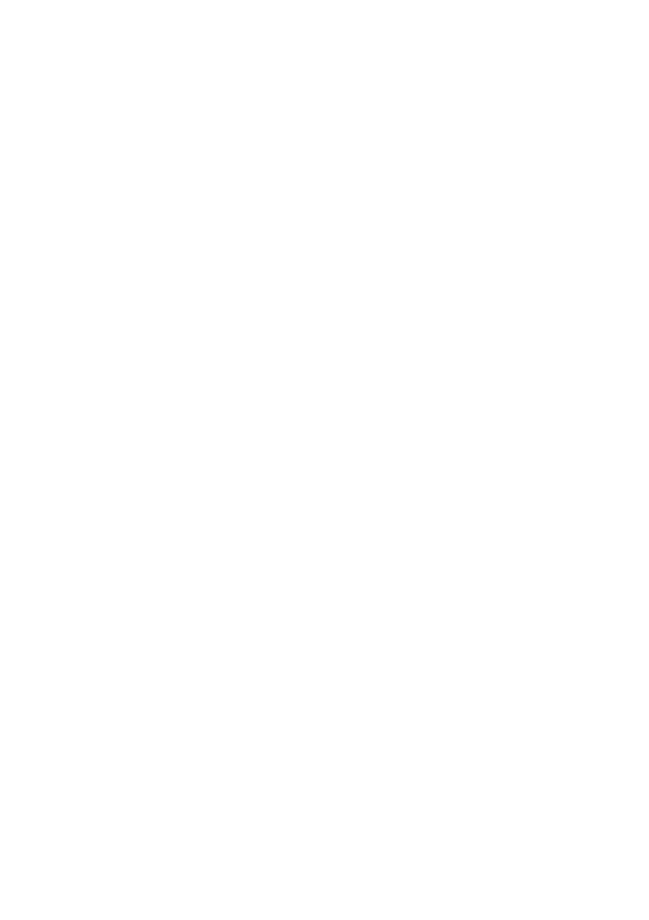 In 2013 a musical based on the Bashkir folk epic and the ancient folk song «Kara-yurga» («Black ambler») was staged on the stage of the Bashkir State Academic Drama Theater named after Mazhit Gafuri. The author of the play is Tansulpan Garipova, the artistic director is Oleg Khanov, the composer is Ural Idelbayev, the artist is Albert Nesterov, the choreographer is Sulpan Askarova.

It turned out to be bright, bold, memorable primarily due to the unusual solution of images. In the musical «Maktymkhylu, Ablai and Kara-yurga» the traditions of the Bashkir people and modern dramatic, musical, vocal, choreographic art are intertwined in an inseparable unity. The performance vividly reflects the national identity. The musical tells about the noble feelings and deeds of the black horse Kara-yurga, who fought for the happiness of people, harmoniously combining fairy-tale heroics and social motifs of heroism, betrayal, human relationships.

The photos are taken from the website of the Bashkir State Academic Drama Theater named after Mazhit Gafuri
The epic «Kara-yurga» reflects the stage of transition from primitive hunting to cattle breeding and the struggle for the right to create a monogamous family by kidnapping a bride. The diversity in the description of events and episodes is tracked in the versions of the epic. Currently there is a lot of work to be done to study it, taking into account its variants and existence in our days.