The sesens are Bashkir folk

The sesens played a major role in the development

and dissemination of Bashkir folklore.

They improvise in
the form of a song recitative to the accompaniment
of dumbyra
and kurai.
The sesens were considered by the people to be the most respected personalities. They did not limit themselves only to poetic creativity, but were active public figures: they were keenly interested in the life of the people, always found themselves in the thick of important historical events, with a fiery poetic word they called on the people to actively fight for their spiritual freedom. 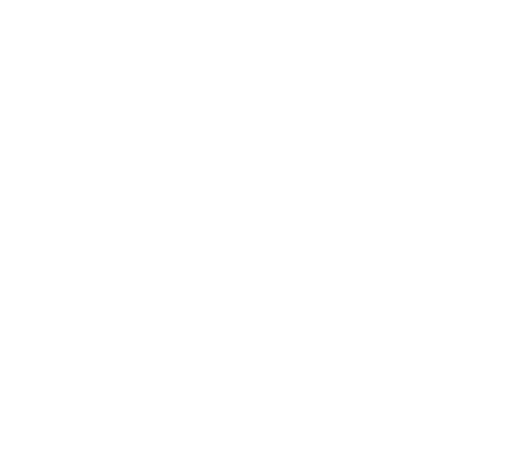 In the photo: Bayik Aidar-sesen
Russian academician, traveler, naturalist Ivan Ivanovich Lepyokhin during an expedition to the Orenburg governorate in 1770 described his meeting with sesen in this way: «An old man at the age of 60 was considered the best singer among them… He sang about the glorious deeds of his ancestors, which they call batyrs, among them Aldar, Kara Sakal, Kilmyat, Kuchim... The singer sang not only about memorable events of their lives; but with his voice and body movements he expressed all their actions, how they admonished their comrades, how they entered into battle, how they defeated opponents, how, being wounded, they weakened and finally gave up the ghost. All this was so vividly expressed by the old man that many of the interlocutors cried. But suddenly the sadness changed to joy as the old man, having assumed a cheerful look, began to sing a song called “Kara-yurga" (“Black ambler"). This song is considered the most cheerful among them. The old man, singing this song, tapped his feet three times: and then the Bashkir ball opened…».

Ivan Lepyokhin
Dmitry Mamin-Siberyak
about sesen
Russian writer and playwright Dmitry Narkisovich Mamin-Siberyak described in his story «Gornaya noch'» («Mountain night») the scene of the performance of songs by an old man named Araslan about long-past uprisings and heroic deeds of the batyrs (heroes, brave warriors) – about Kuchum, Seyit, Aksakal, Salavat Yulayev. The old man performed «sobbing motifs» of songs, from which the author «got goosebumps down his back». And, as he confessed, «...I've never heard anything like that. It seems that everything was crying around...».

It is known that the Russian musicologist Sergei Gavrilovich Rybakov, who visited the Trans-Ural Bashkirs in the second half of the XIX century, met famous kurai players, sesens, who composed poems, texts and melodies of songs and performed them themselves. From the mouths
of such sesens as Lukmanov, Tulunguzha, Gubaidullin, Makhmut Karakayev, Birdigale
he recorded the words and melodies of
the songs they performed.
One of the outstanding creative personalities
of that time, according to Sergei Rybakov,
was a virtuoso kurai player, a skilled performer
of songs Buranbai-Yarkei. His repertoire consisted of the plots of his own composition – «Buranbai», «Yalan Yarkei», «Syrdar'ya» («Syr Darya»), «Salimekei» and others, which later became Bashkir folk classics.
In 1939, during a trip to the Burzyansky district of Bashkortostan, musicologist
Lev Nikolayevich Lebedinsky was accompanied by a local sesen named Tagir,
who on the way told him the contents of a heroic epic work about Babsak-batyr, the leader of the kipchak clan. During a respite he began to play Bashkir tunes.
This is how Lev Lebedinsky describes this moment:
“
...After the wedding night Bapsak and Tankhalu were sitting in a meadow and were drinking kumis, kurai players were playing cheerful tunes, and the girls – Tankhalu's friends – were dancing…» — with these words the brightened Tagir quickly takes out the kurai from the case, with which he never leaves, and plays me two dance tunes «Karabayev» and «Sem' devushek» («Seven girls»), light and elegant, like Tankhalu herself and her young friends. And the tent rises before my eyes, Bapsak, Tankhalu, dancing girls come to life... It seems you can see their smiles, hear their laughter and exclamations...
The famous folklorist and sesen Mukhametsha Burangulov,
who researched the life and poetic heritage of the sesens, in his book «Zaveshchanie sesena» («Testament of the sesen») gives records of his personal meetings with famous sesens. The records from 1910 describe
a meeting with the outstanding
sesens Gabit Argynbayev and
Khamit Al'mukhametov, from whom Mukhametsha Burangulov recorded the archaic epic of the Bashkirs «Ural-batyr». The author also witnessed the «theater of one actor»: «During the retelling he (Gabit-sesen) forgot himself, where it was funny – he was laughing, being in an inspired state, he was drinking cold water and fell silent for a long time.
Then he played his favorite melody on the kurai… If he stopped in the middle of the narration, he interrupted...
He had to start over. If you ask
the reason, he answered: «I completely forget myself, I see this person (i.e., the hero) in front of me, I feel myself only with these people. I go to battle with them together. Where kubair goes, I'm there. Therefore it is impossible not to start over».
A documentary film dedicated to the 105th anniversary of
the birth of Mukhametsha Burangulov
Video source
During the performance the sesens – singers-improvisers, storytellers – experienced the same feelings as the hero of the narrative, were in a similar psychological state. At the same time the listeners vividly imagined the heroic adventures of imaginary heroes, laughed and cried together with the narrator. The creativity of the sesens spiritually enriched the listeners, contributed to their aesthetic and moral education.

The heyday of the creativity of the sesens falls on the XVI–XVIII centuries. At this time such genres of folklore as epic, kubair, aitysh (competitive dialogue in the genre of song poetry), song, presented in the works of Kubagush-sesen, Yerense-sesen, Karas-sesen, Bayik Aidar-sesen, etc., were developed.

the variety of forms of performance of the sesens into types: 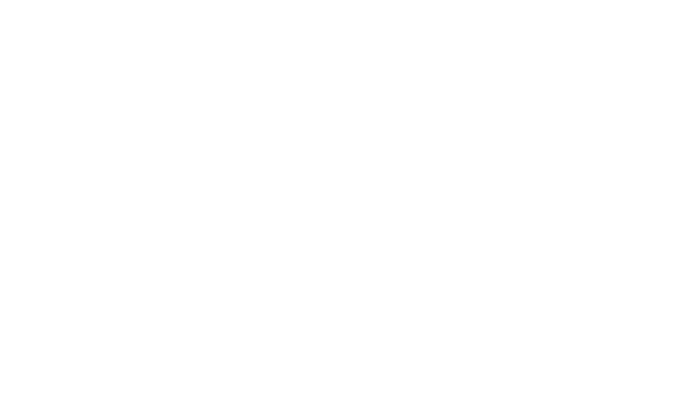 Banning iyiyns (public meetings of the Bashkirs)
at the beginning of the XIX century deprived the sesens of the audience, the right of public speaking, as a result there was a gradual extinction of such genres as epic, kubair, aitysh, and the most popular genre became song and bayit (genre of Bashkir poetry). 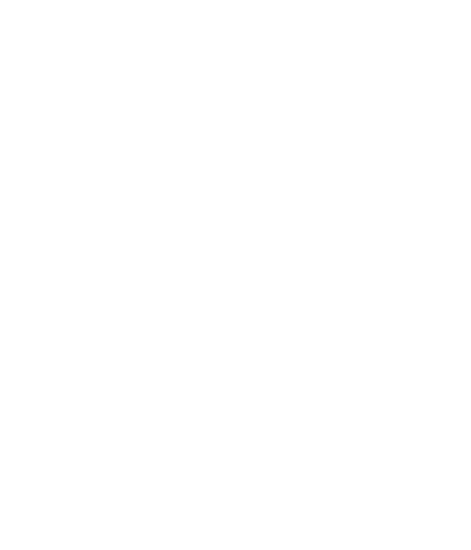 In the creativity of Makhmut-sesen, Buranbai-sesen, Ishmukhamet-sesen genre forms of historical, everyday, lyrical and other songs became the main ones. The genre of bayit has been developed. 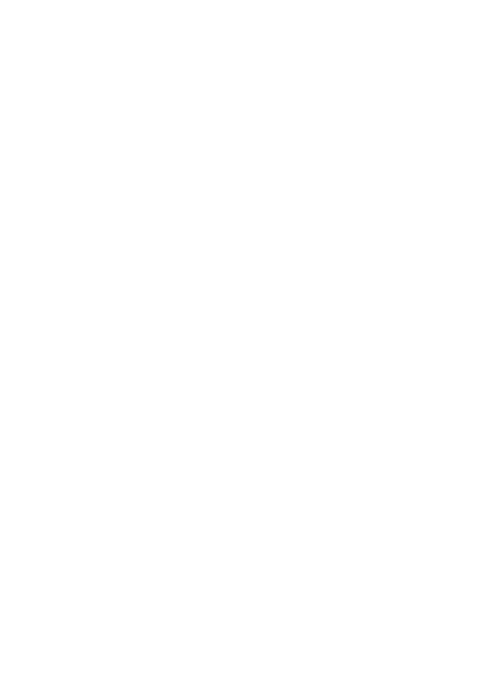 In the XX century there was a gradual extinction
of the institution of sesens, which was due to
the transition of creators to writing creativity.

The destruction of the traditional nomadic way of life of
the Bashkirs also affected the Bashkir culture, the keepers and creators of which for many centuries were the sesens. Traditions were dying out, along with them the culture of poets-improvisers was lost. Among the famous sesens of that time were Ishmukhamet Murzakayev, Gabit Argynbayev, Khamit Al'mukhametov, Sabir'yan Mukhametkulov, Shafik Aminev-Tam'yani, Valiulla Kulembetov.
«Rodina sesena» («The homeland of sesen»). Khamit Al'mukhametov from the village of Vtoroe Itkulovo of the Baimaksky district of the Republic of Bashkortostan, 2013 (TV program «Ornament» on the «BST» TV channel)
A difficult fate was prepared for many of them.
The authorities did not like the truthfulness and witticisms
of the sesens both pre-revolutionary and Soviet periods.

The creativity of Bashkir sesens,
the history of the origin and development of which goes back centuries, is being revived and continued today by amateur poets
and kubairists. Nowadays the creativity of the sesens is closely connected with the problem of preserving the native Bashkir language. During the years
of the struggle for the sovereignty
of the Republic of Bashkortostan (1990s) folklorist from Institute
of History, Language and Literature
of the Ufa Federal Research Center
of the Russian Academy of Sciences, Holder of an Advanced Doctorate
in Philological Sciences,
Professor Rozaliya Asfandiyarovna Sultangareyeva was especially active
in addressing the audience with
her kubairs on the pressing problems
of our time. In kubair «Ej, bashkort moi, bud' bditel'nym!» («Hey, my Bashkort,
be vigilant!») she calls for being ready to stand up for the successes achieved, for sobriety of mind. A kind of creative center of the sesens was formed
in the city of Sibai as a result
of the efforts of the sesen Asiya Sultanovna Gainullina, who continues the storytelling tradition of the Bashkirs of the usergan clan living in the Sakmara River basin in the villages
of Abishevo, Nazargulovo, Ak"yul,
Akkhiyir, Aknazar of the Khaibullinsky district of Bashkortostan. Kubairs of Asiya-sesen are distinguished by their compositional and thematic harmony. These are the kubairs «Buranbai», «Kubair Salavatu» («Kubair to Salavat»), «Shezhere-bairamu»
(«To the holiday of Shezhere»),
as well as addressed to mother – «Posvyashchayu mame moei – Baigil'dinoi Alsu» («I dedicate to
my mother – Baigildina Alsu»),
to Rozaliya Sultangareyeva –
«Ona est' doch' naroda» («She
is the daughter of the nation»).
Sultangareyeva Rozaliya Asfandiyarovna
Sesen, Holder of an Advanced Doctorate in Philological Sciences
Gainullina Asiya Sultanovna
Sesen, Honored Worker of Culture of the Republic of Bashkortostan

Bashkir language, which is more well understood and perceived

by the audience at the mental level. The native language for sesens

is the main and significant tool and a way of expressing their poetry.

Nerkes Akhmetovna Khubbitdinova, Holder of an Advanced Doctorate in Philological Sciences, Principal Researcher of the Institute of History, Language and Literature of the Ufa Federal Research Center of the Russian Academy of Sciences.
© Author (compiler): R. F. Gazizov, 2021